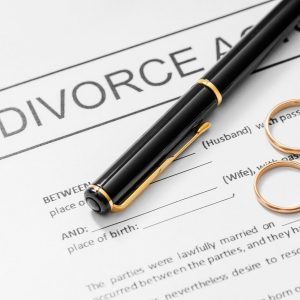 Apart from engaging in the divorce process, couples in New York can also file for separation. This option works for those who are not sure that they want to initiate a marriage dissolution, prefer not to due to religious reasons, or simply cannot afford to do it. Unlike a divorce, separation does not end a marriage, which means that assets acquired during the separation period will still be considered marital property. In order to prevent this from happening and to outline the terms of separation, spouses can draft an Agreement.

What is a Separation Agreement?

Separation Agreement is a kind of contract in which a couple agrees on child custody and support, visitation rights, living arrangements, property division, and alimony. The spouses also have to agree to live separately. Such a document can be considered later in court if spouses decide to end their marriage. In New York, such contracts are usually prepared by lawyers and must be signed by both spouses.

How to Enforce a Separation Agreement?

As soon as the agreement is prepared, it can be filed with the Clerk of the County in New York, where one of the spouses resides, and in a year, the couple can file for a conversion divorce. Alternatively, the document can be notarized without filing to be considered a legal contract that spouses will have to abide by. If any of the parties refuses to follow the conditions outlined in it, the matter can be resolved in Family Court.

If you decided not to hire a lawyer and prepare an Agreement on your own, the first thing you need to do is find New York Separation Agreement template. Unfortunately, the court will not provide you with any samples, so you have to look for them on your own to check how to draft a legally binding document. It is necessary to research what exactly to include to make sure that what you create will be considered a contract. To better understand how it is going to look like, you are welcome to review a sample Separation Agreement for New York below.

If you married in NY or lived there during your marriage, you need 1 year to become a state resident. The same goes for the case when an event causing a separation occurred in New York. In case neither of these apply to you, either one of you should have lived in the state for at least 2 years.

Legal Separation Agreement for New York – What It Should Cover

Spouses have to make sure that they understand how to write a Separation Agreement and what exactly to include in it before starting to draft it. Some of the things and sub-agreements you should consider covering are:

The terms of separation may vary and the more details you provide regarding the decisions you have made, the better. This way, if any disputes arise, you will be able to settle them based on the Agreement.

Things that you should consider mentioning in the part of family agreement on property are:

It is crucial that you clearly indicate how you are going to divide each item that you list. Besides, you can state that any property acquired during the period of separation will be considered separate property.

Child support agreements between parents have to clearly indicate:

When it comes to legal separation and child support, according to NY laws, both parents must financially support their child until he or she turns 21, not 18 unlike a lot of people think. In the state, the parent who spends the least time with the child will likely end up paying child support. However, it is up to you to determine who will pay it and what the amount would be in more detail in your agreement. Besides, you will also need to calculate additional costs spent on child extracurricular activities, health, etc. and mention who will cover them.

Custody of children during separation is also up to the parents to decide. In New York, parents have custody until the child turns 18 years. It is important to determine with whom and where the child will live and what type of custody you and your ex will have. If one of you gets sole custody, you need to create a visitation schedule covering regular, holiday, and vacation visitations. As in any contract, the more information you include, the less likely any disputes will arise on the matter.